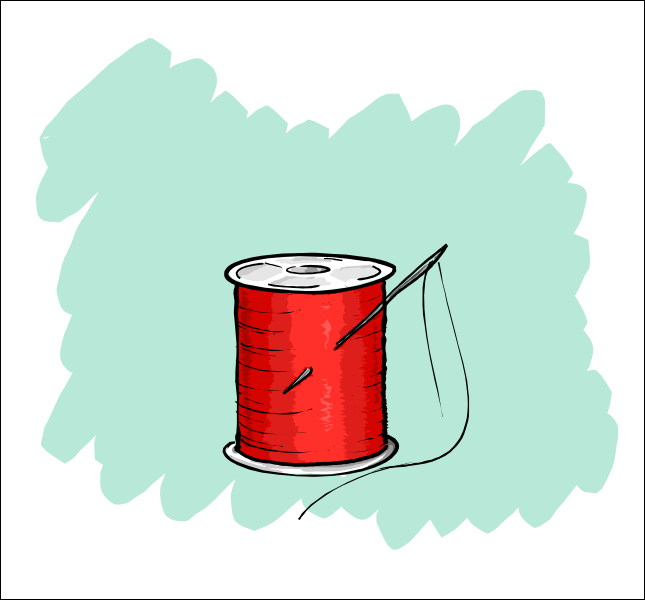 I have this bad habit of storing needles by sticking them into spools of thread, instead of a needlebook. 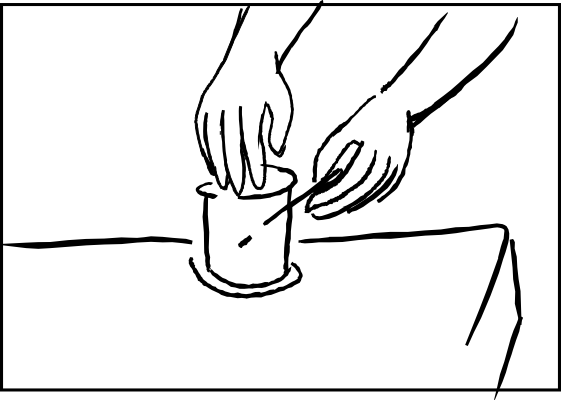 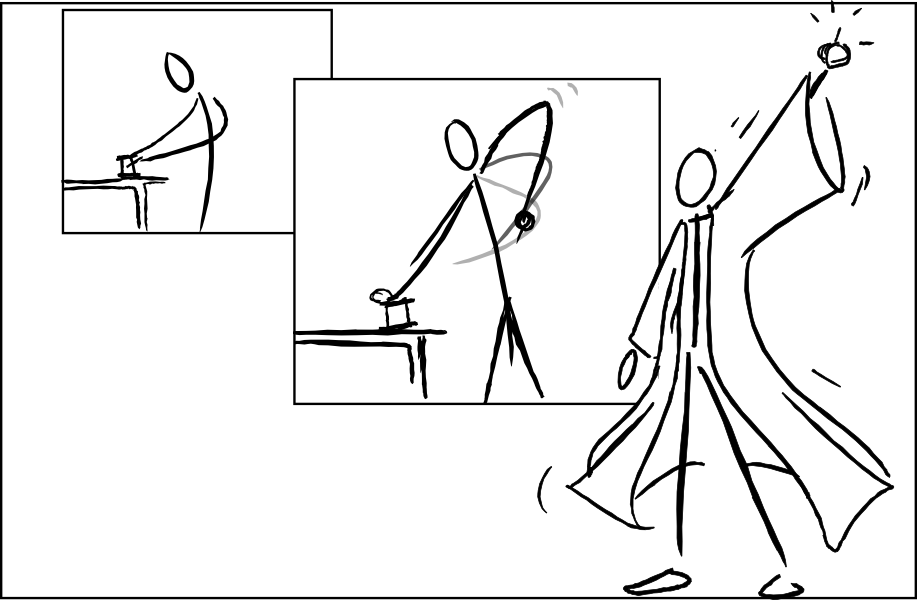 ...because it means I get to pretend I'm unsheathing a sword (alternatively: pulling a sword from a stone) like, every time I go to hand sew something.

Of course, a sewing needle's a little small for me to wield as a pseudo-sword, not to mention that it rests in a spool of thread on the table instead of a sheath by my hip. It occurred to me, while drawing the above needle-unsheathing-scene, that there are far better—ahem—candidates, for wielding a needle-sword.

That is my only excuse for the following bit of ridiculousness. 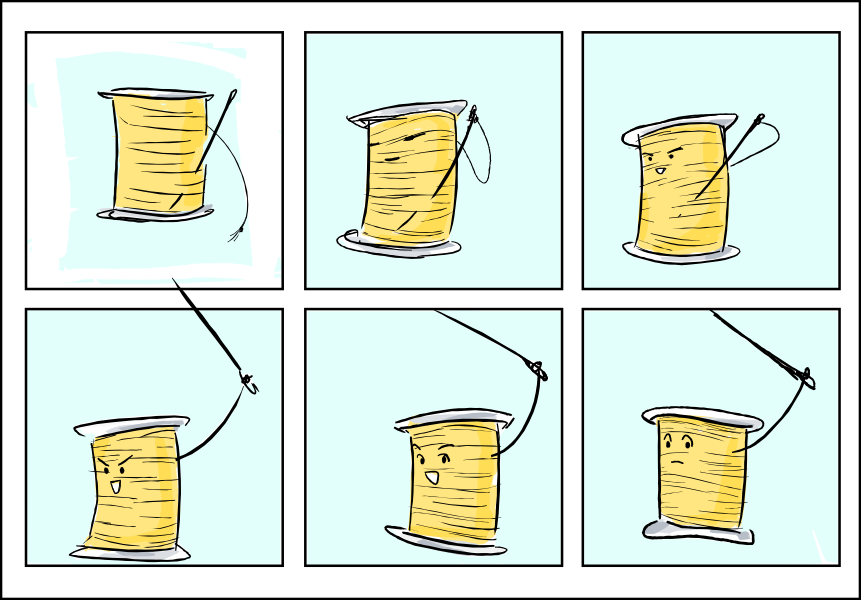 Not a very polite swords-spool, but I think that's all right.
Posted by Meraj at 8:39 PM 8 comments:

Everybody wants a magenta quilt.

Actually, what they (I) really want is for an imaginary magenta quilt to float behind them (me), impossibly large and strategically faded, while they (I) sew in mid-air. But that's not going to happen outside of their (my) daydreams.

This is all to say, I made another drawing:


Tiled background! Colours straight out of 2003! A sewist who looks like they're spinning tunes at the machine! All my favourite things are here, obviously.

Though sometimes I do wonder just how much my personal aesthetic has been shaped by listening to the Red Hot Chili Peppers during most of high school.

(Also, I have a sudden, terrible suspicion that that is Anthony Kiedis--circa 2006--hiding behind the sewing machine. What have I done.)

That drawing was actually originally part of a quick sketch/comic I did earlier this week, but then I got all intense and started adding things like colour and hair and the magenta patchwork quilt. The sketch was pretty basic, went like this:

I was originally going to add a(n ironic!) caption like "Need for Speed" or "Fast and Furious", just for kicks, but I decided that the internet doesn't need any more of that kind of thing. Anyway, this blog has too much subtlety and class for trashy font overlays, right?

Email ThisBlogThis!Share to TwitterShare to FacebookShare to Pinterest
Links to this post
Labels: drawing, general, posts in which I use the word 'classy', quilting
Newer Posts Older Posts Home
Subscribe to: Posts (Atom)

Meraj
I'm currently a camera-less sewing blogger who's trying to, well, blog without a camera.